How to import and use pre-recorded videos in your production

Pre-recorded videos and Clips can be imported into the Switcher Studio app to use in your production. Video assets can be great for show openers, testimonials, interviews, highlights, clips, b-roll, etc. This article covers the work steps for adding and displaying video assets in your production.

Note: Videos imported from Photo Library may become corrupt and unusable if iCloud backup is turned on for the Apple account. We recommend importing assets using Switcher Cloud or saving the video to the My Files app before importing it into Switcher Studio.

To import a video from My Files, Photos, or Switcher Cloud:

To import a video from Google Drive or Dropbox, use the steps in these articles:

Depending on the framing and Layering options selected, some or all of the following settings can also be adjusted. 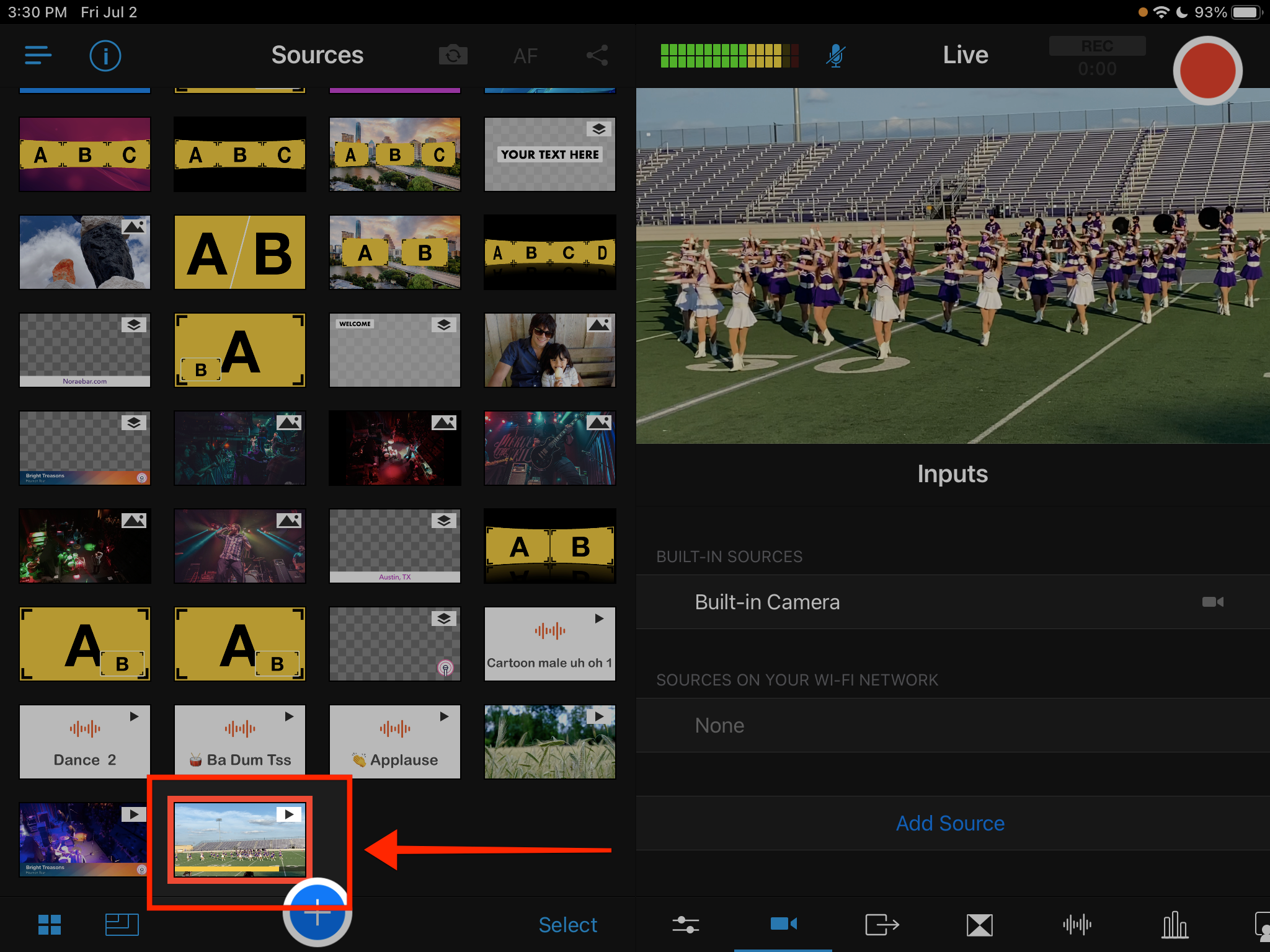 When you play a video asset during your production, the audio will not play out of the main switcher's speakers. That is an intentional setting to prevent audio feedback. The VU meter in the switcher will confirm that audio is playing. If you want to monitor the audio, you will need to use headphones. 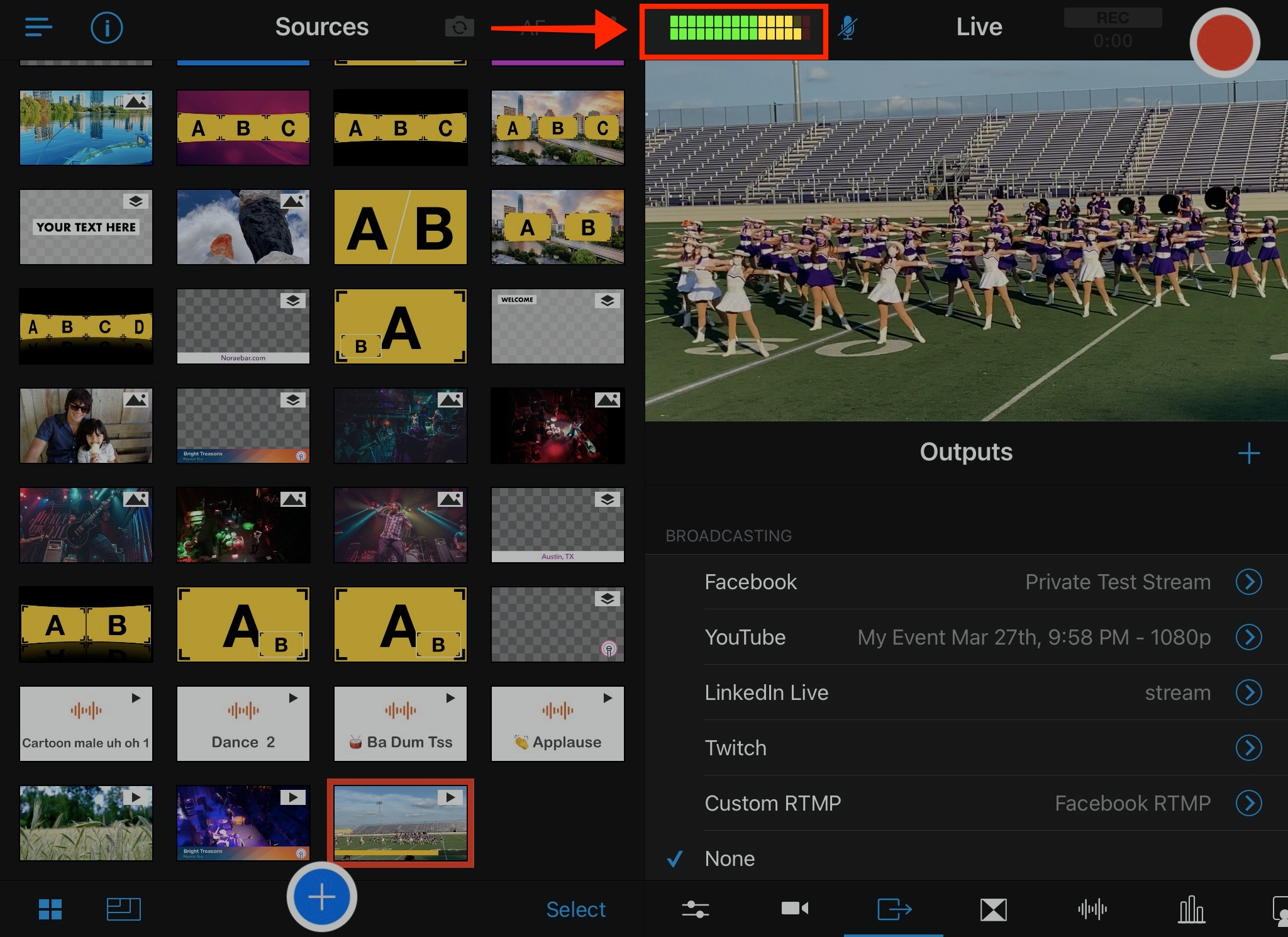 By default, the audio input source (such as the mic on the main switcher) remains on, while a video asset is playing. This allows you to talk over the video if desired.

If you want to disable the mic while the video is playing, tap the mute button next to the VU meter. When you have muted the audio, there is a blue box around the microphone icon, as shown below.

Note: Turning on the mute button does not mute your video, only any incoming audio connected to your primary device. If you need to provide commentary or talk over your video you should not mute the device's microphone. 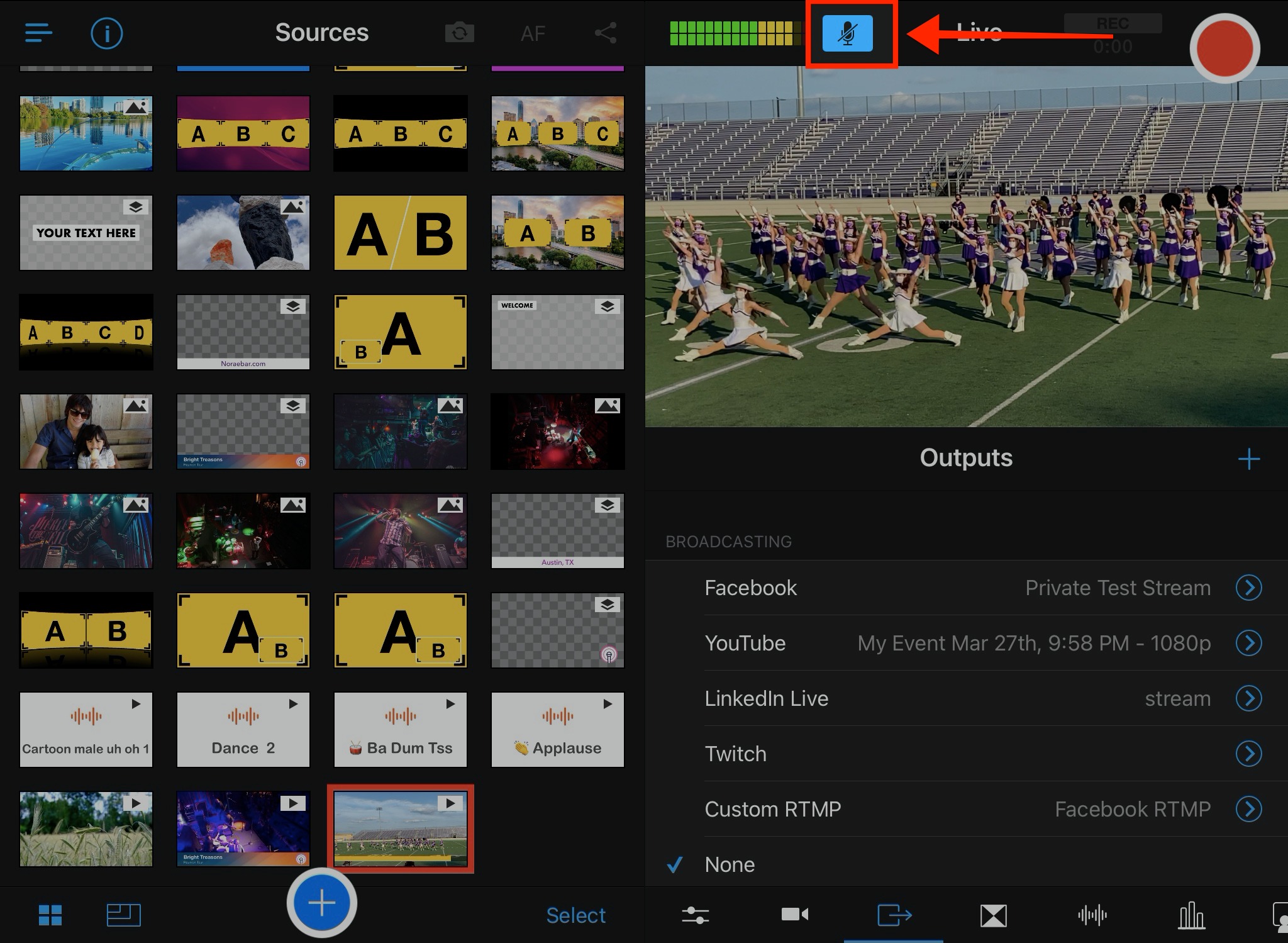