You can import audio files and create audio assets in Switcher Studio to enhance your production with sound effects and music. There are also several pre-loaded audio samples for you to use in Switcher Studio. 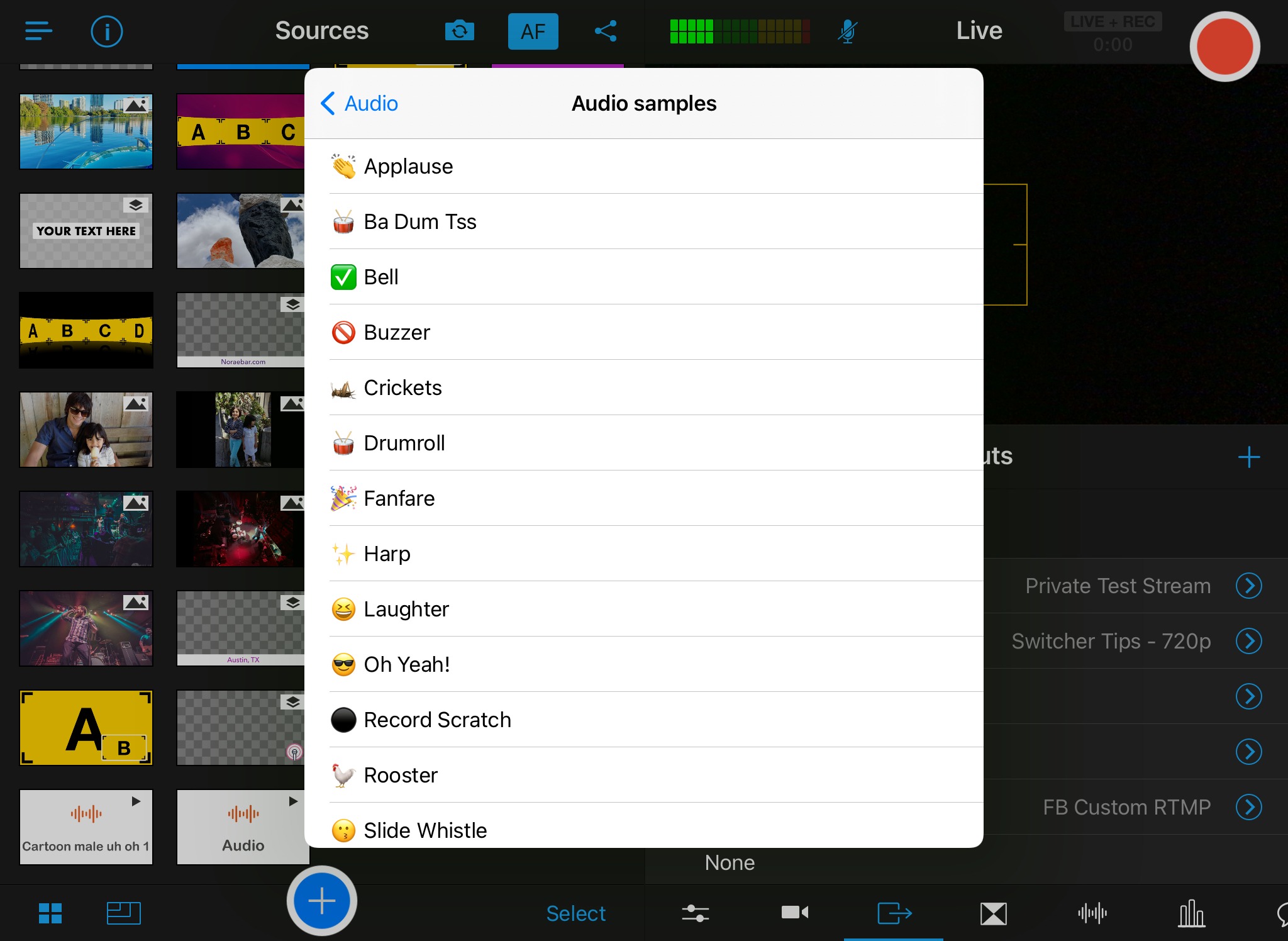 The following audio file types can be imported into Switcher Studio:

If your audio file is in Google Drive or Dropbox, you'll want to follow the instructions for importing from those platforms, which are linked below:

To use any of the built-in audio samples: 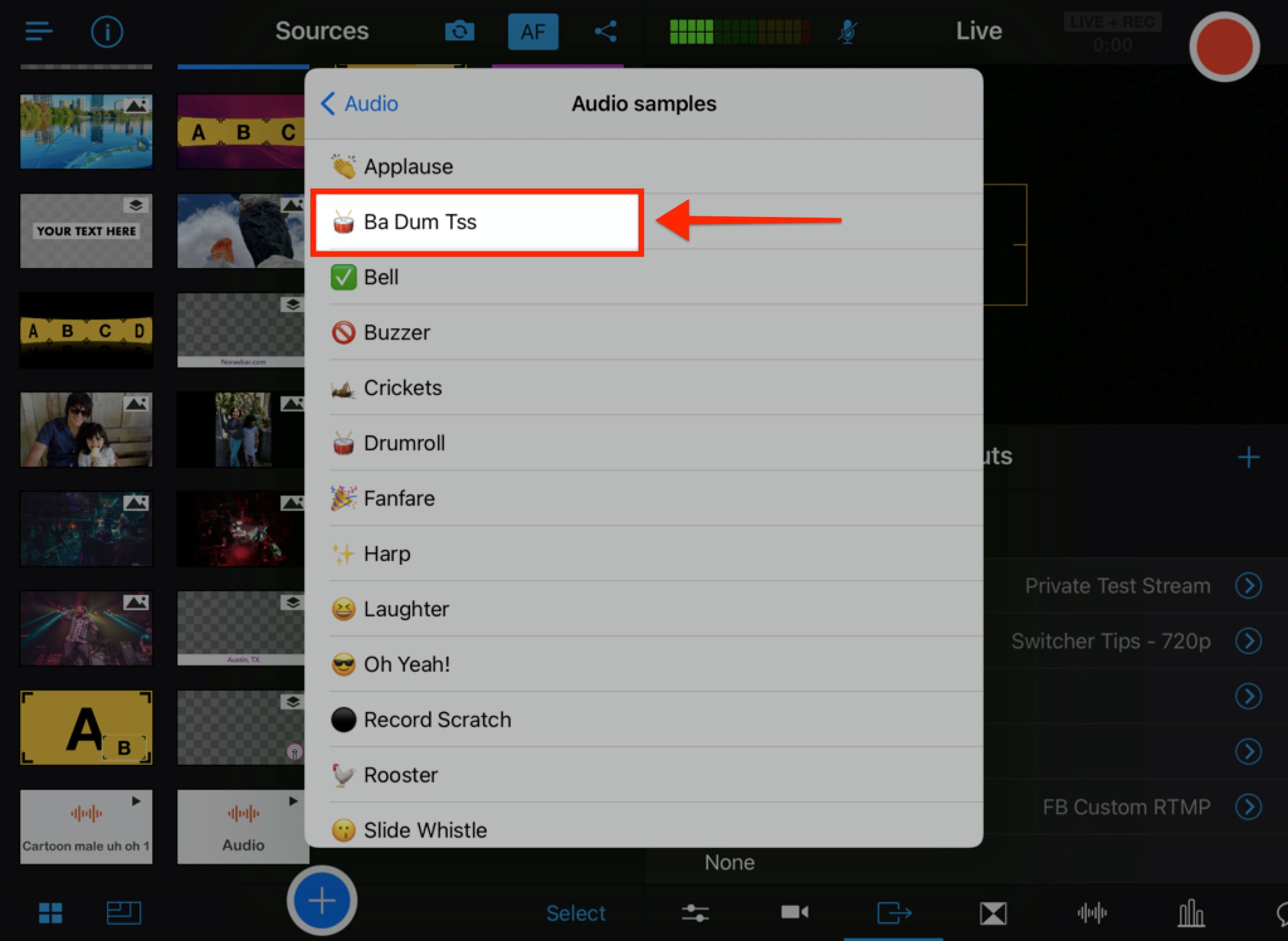 In the Editor window, you can adjust the audio volume and the Tag. 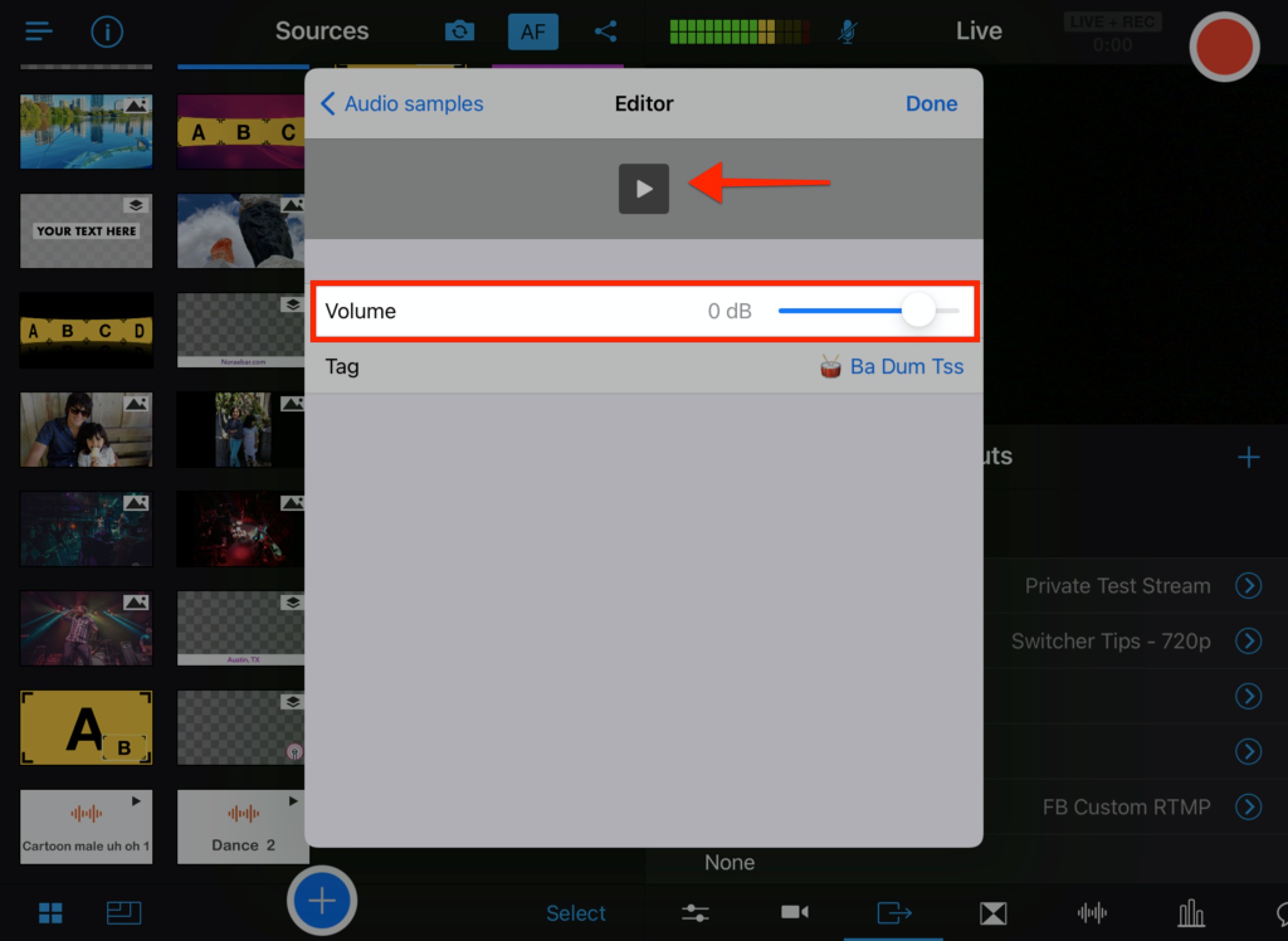 The Tag is the text that appears in the asset thumbnail. To edit it: 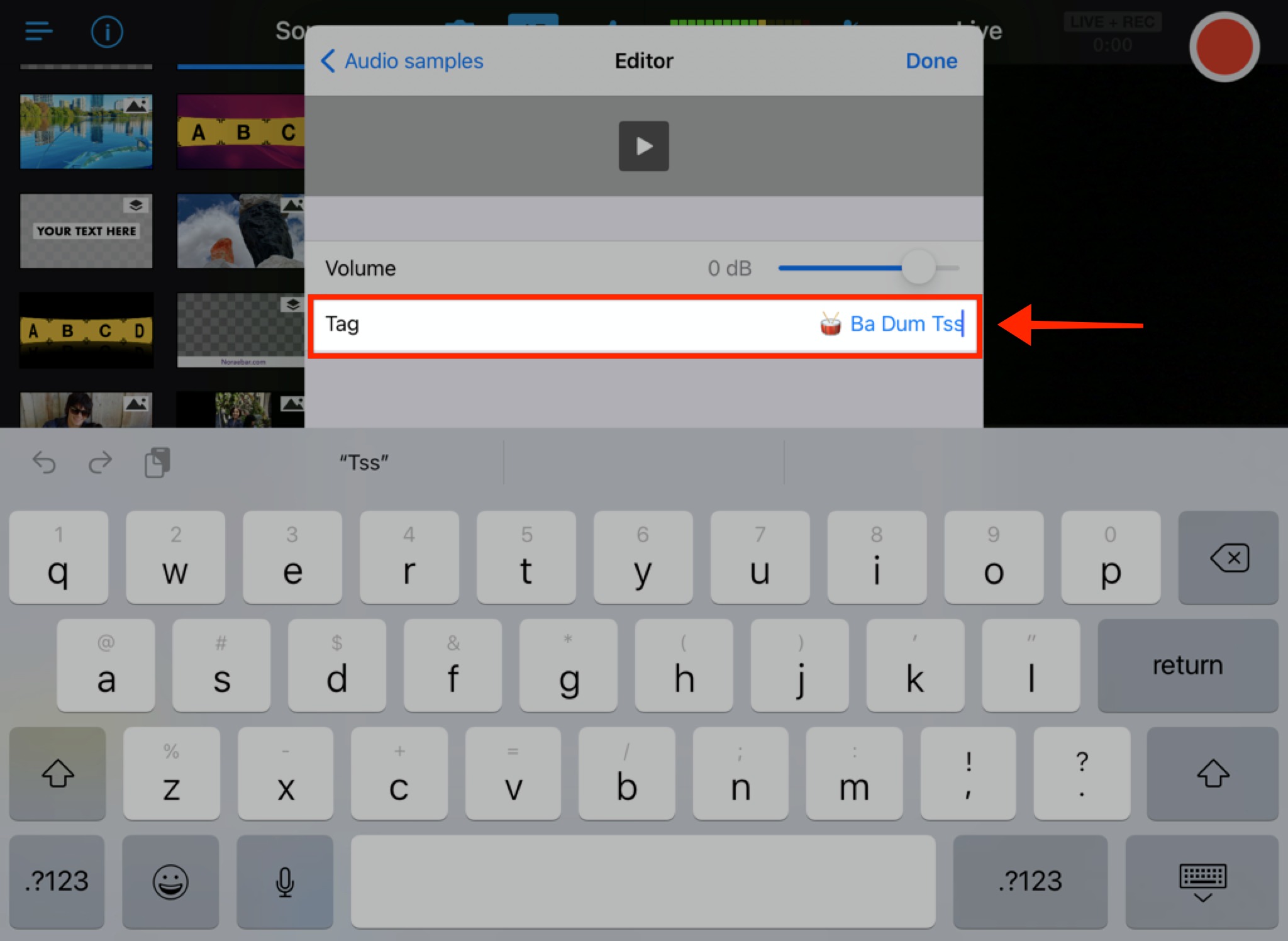 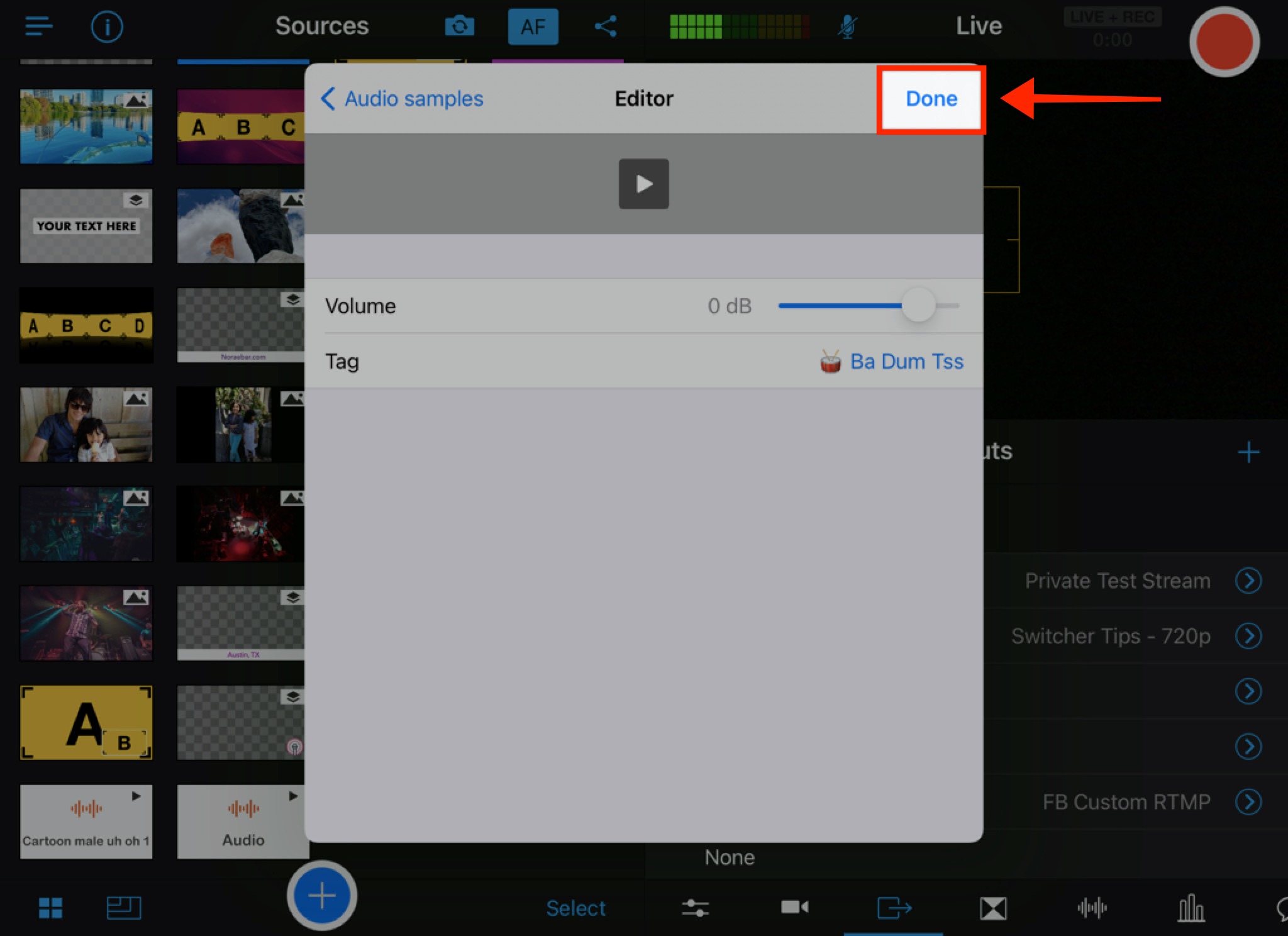 Creating an Audio Asset from a Video File

If you have a video file on your device or Switcher Cloud that you would like to use as an audio-only asset, you can create an audio asset within Switcher Studio as follows:

The newly created audio asset will appear in the Sources / Production panel.

You can edit the volume and tag (i.e. text description) of an audio asset as follows: 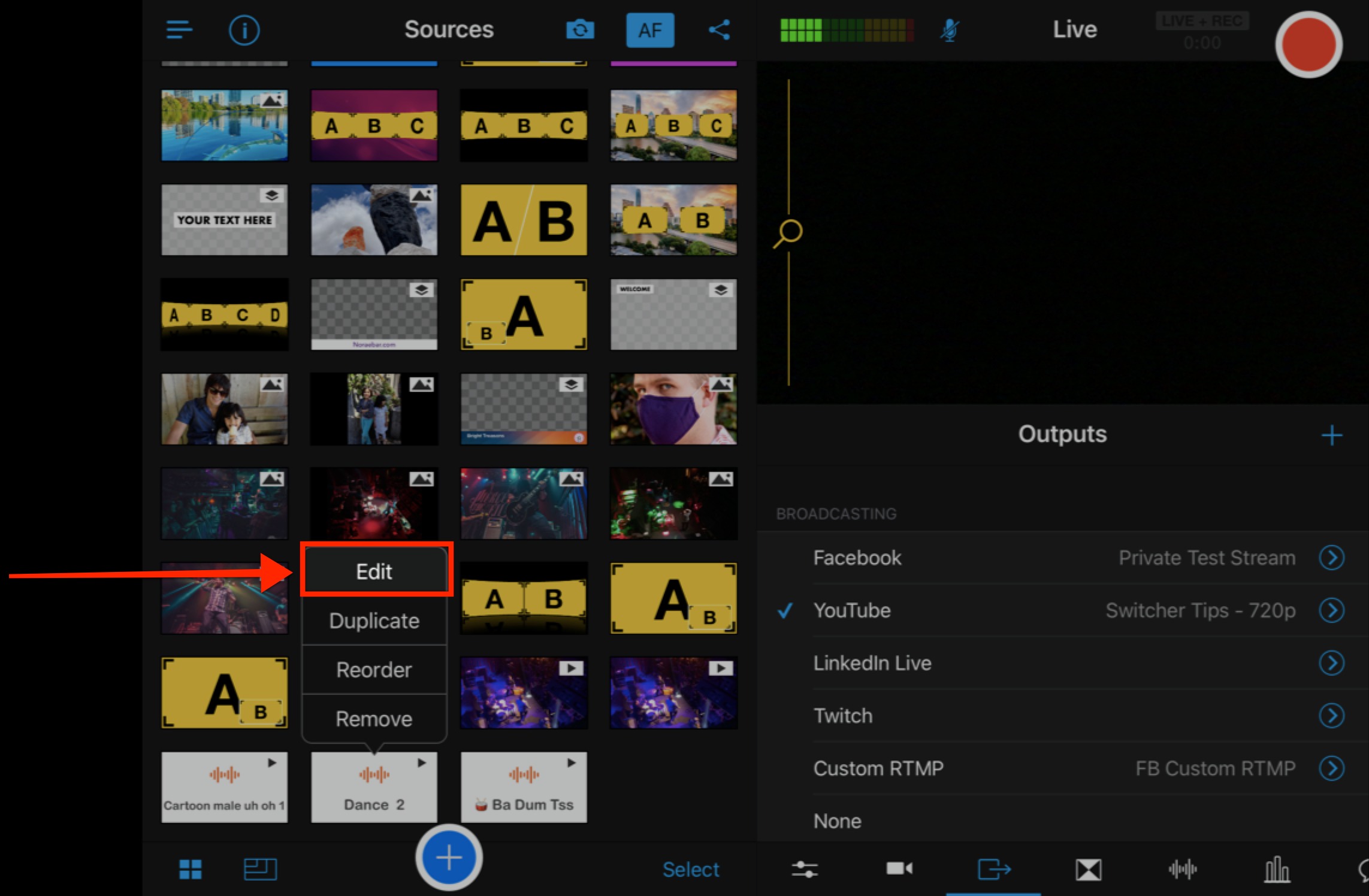 Playing an Audio Asset during your Production

An audio asset will start playing as soon as you tap it (even if you are using the Preview window). Here are the basic steps to using an audio asset during a production: