Understanding how a Facebook block limits streaming in Switcher Studio

If you receive the message, "You have been temporarily blocked from performing this action," when trying to stream to Facebook with Switcher Studio, it means that Facebook has issued a temporary block on your Facebook account. 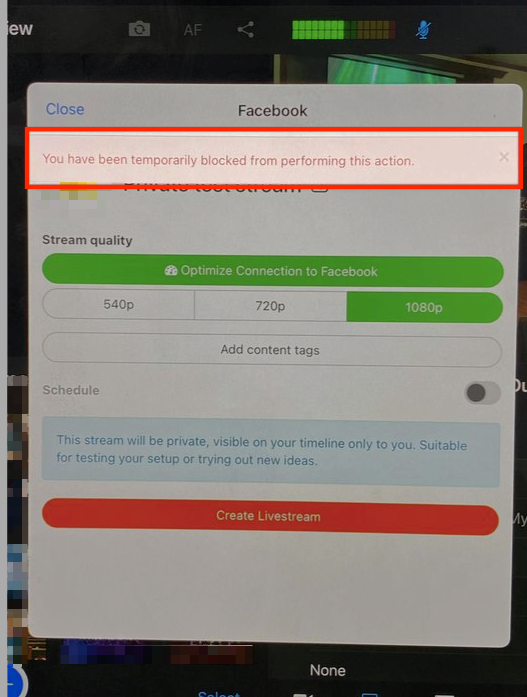 Note: A Facebook block may limit only some of your abilities. For example, you could be blocked from posting to a Page or Group but still be allowed to post to your Timeline.

According to Facebook's support page, they may temporarily block people when:

The length of a block depends on the severity of the violation and the person's history on Facebook.

Unfortunately, if you have been blocked by Facebook, there is nothing Switcher Studio can do to bypass the restriction. You will need to contact Facebook to dispute the block.