How to preview camera shots and easily toggle between two sources

There are two ways to view and manage your cameras from within Switcher Studio: 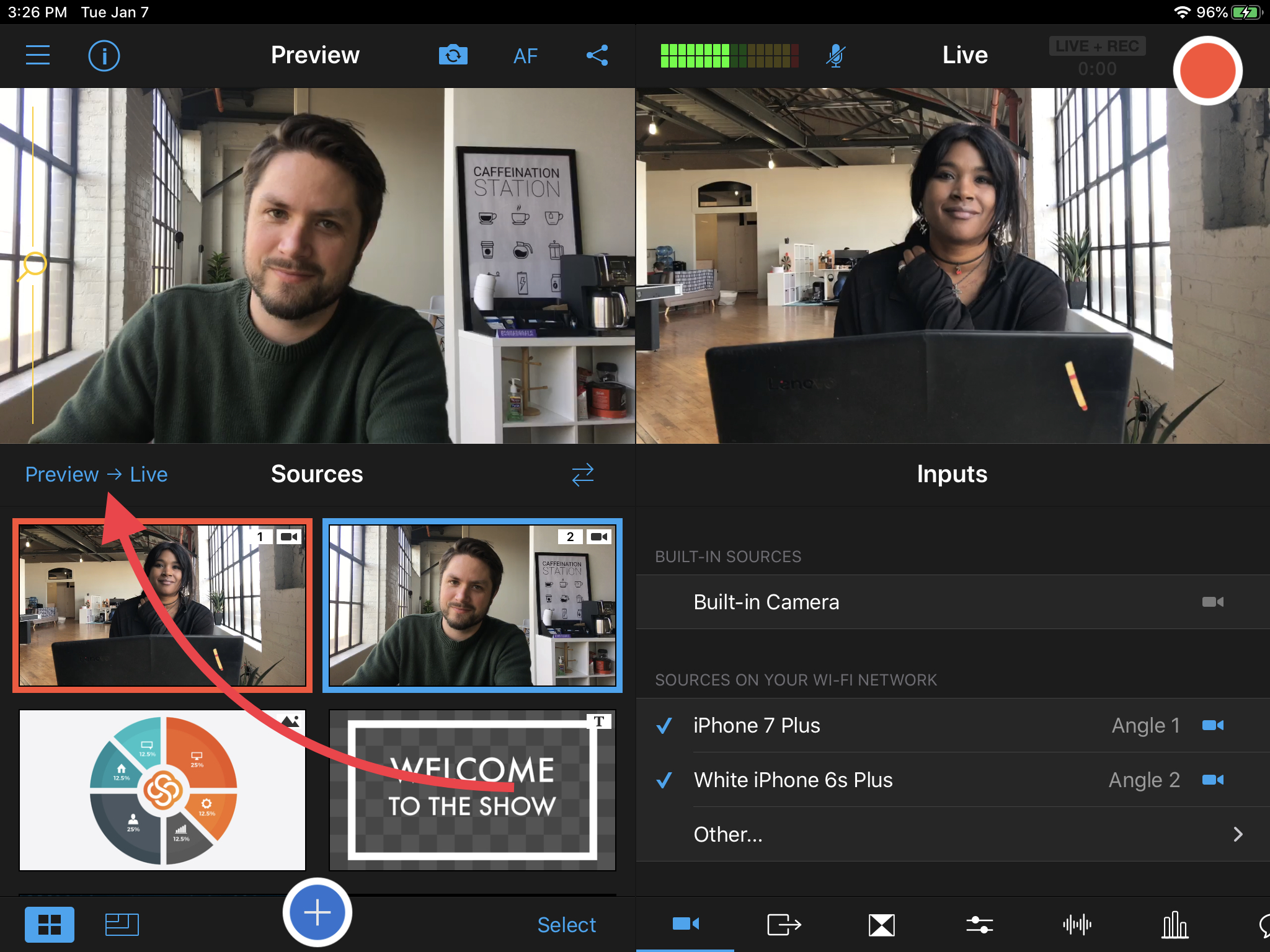 You can customize your view to use the approach that works best for you.

The default view in Switcher Studio shows the Sources / Production panel without a Preview Window. It looks like this: 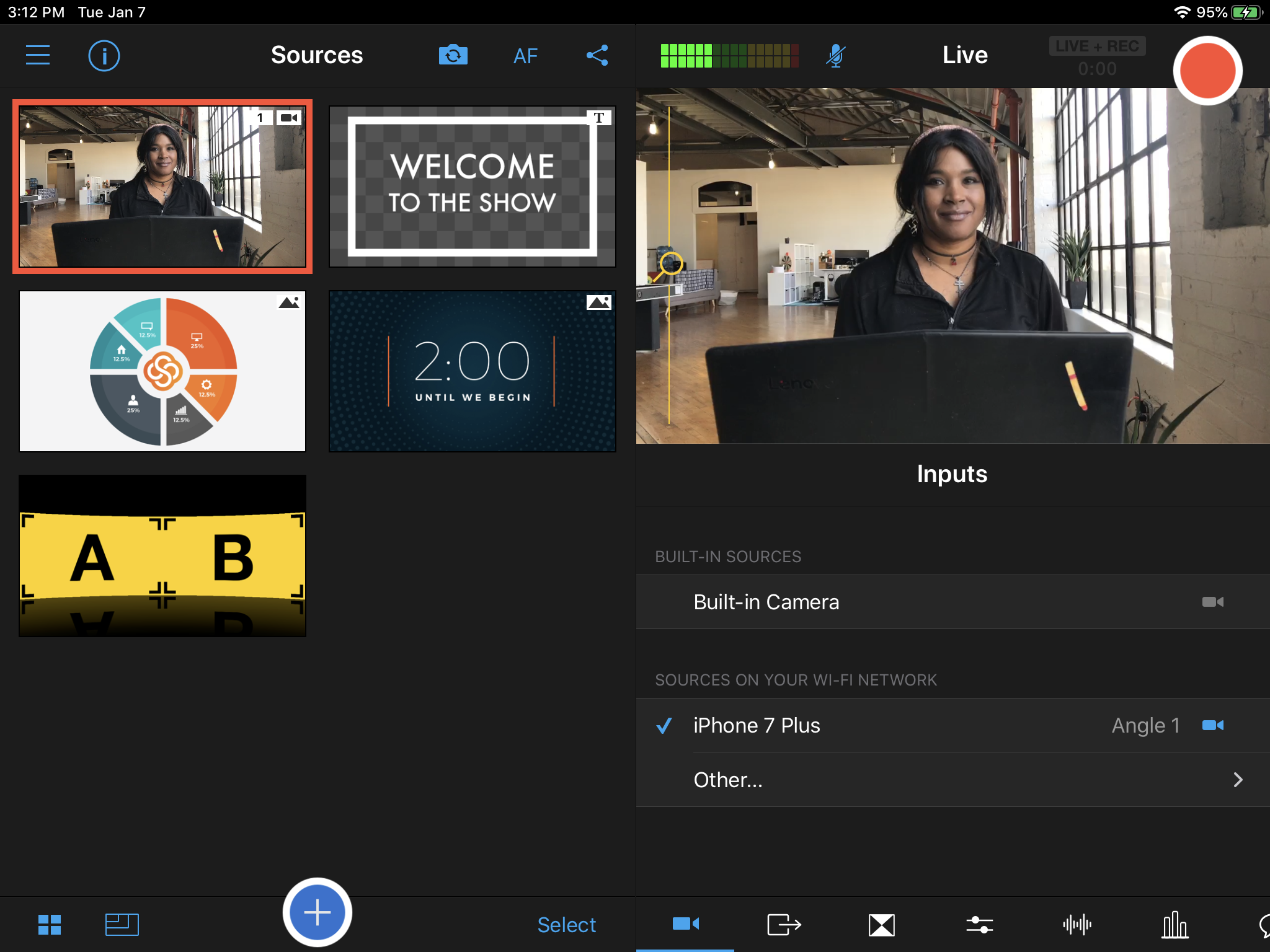 When you tap a camera from the Sources / Production panel, it is immediately displayed in the Live window. 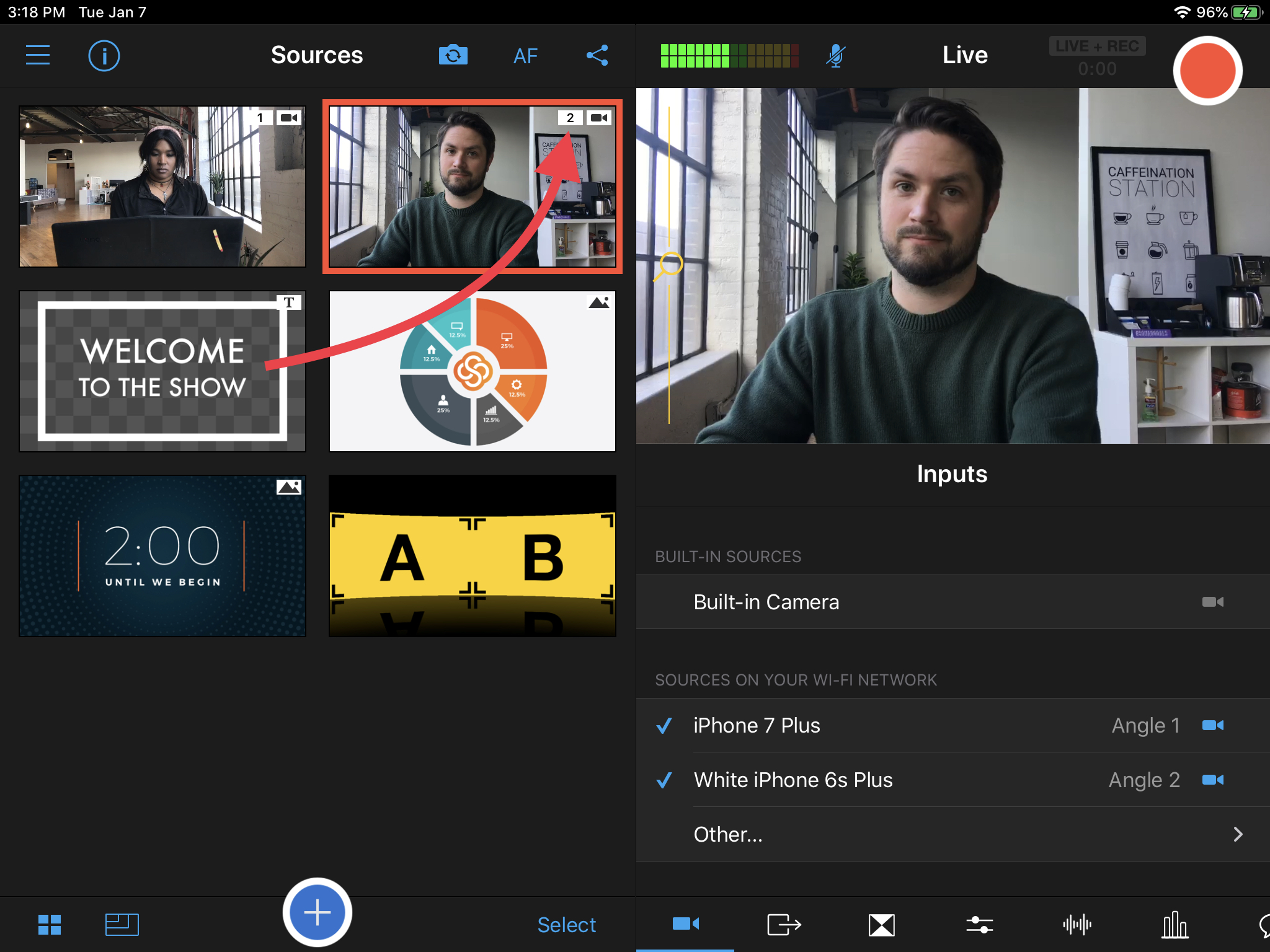 The Preview Window can be used to have more control over what your audience will see before they see it. It allows you to set up and preview the shot, prior to moving it to the Live View. Using the Preview Window also allows you to quickly move between two camera sources, which is especially useful if you have two primary camera views.

The Preview Window will appear in the upper left and the Sources/Production panel will be below it.

Note: By default, asset overlays, like lower thirds and logos, are not applied to the Preview window. They immediately appear on the Live window. You can change that setting when creating/editing individual assets. You'll want to check the option to "Apply on Preview."

When you open the Preview Window, you'll see an icon with two oppositely-facing arrows on the right side of the Sources menu. This is the Camera Swap option, which allows you to quickly toggle between two sources. To use Camera Swap: