When streaming to YouTube from Switcher Studio, you can view live comments directly in the app. Viewing comments in the Switcher Studio app allows you to engage with viewers without the need for a secondary device. For further audience engagement, you can also show individual comments on-screen during the broadcast.

Note: When using an iPhone as the main switcher device, it must be in vertical mode to access many of the features/tabs, including Live Comments.

Once you have started your livestream, you can view incoming comments as follows:

Note: There is a slight delay between when the original comment is posted on the stream and when it appears in the app. 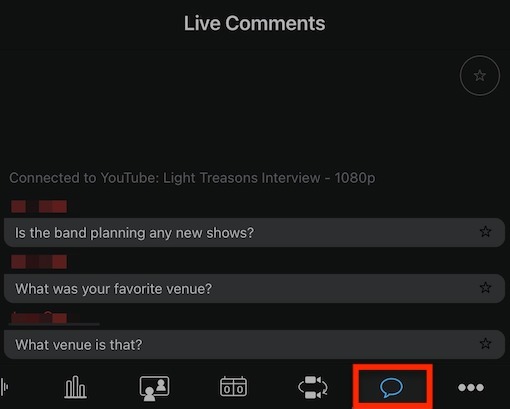 Switcher Studio includes an option to star your favorite comments to make it easier to locate them. This is a useful feature for referencing or responding to specific comments while livestreaming. Favoriting comments is an internal tool that is not visible to the audience. 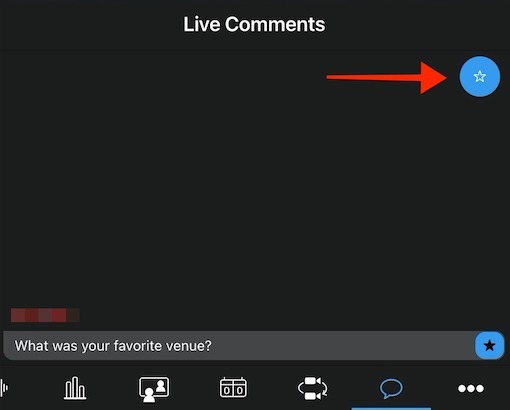