Facebook Premiere is an option on Facebook that lets you schedule and then debut pre-recorded videos as Live moments on your Facebook Page. During the broadcast, viewers can Like, Share and comment in real time. After your broadcast is complete, the video will be saved on your Page and viewable later.

Using Premiere is a good option if you're uneasy about going live or if you've had broadcasting interruptions while livestreaming. Facebook Premiere can be especially valuable if you normally stream during peak times when there is a higher chance of network or platform issues.

If you plan to use Switcher Studio with Facebook Premiere, there are three main steps:

Recording a Video in Switcher Studio

To record a video without livestreaming: 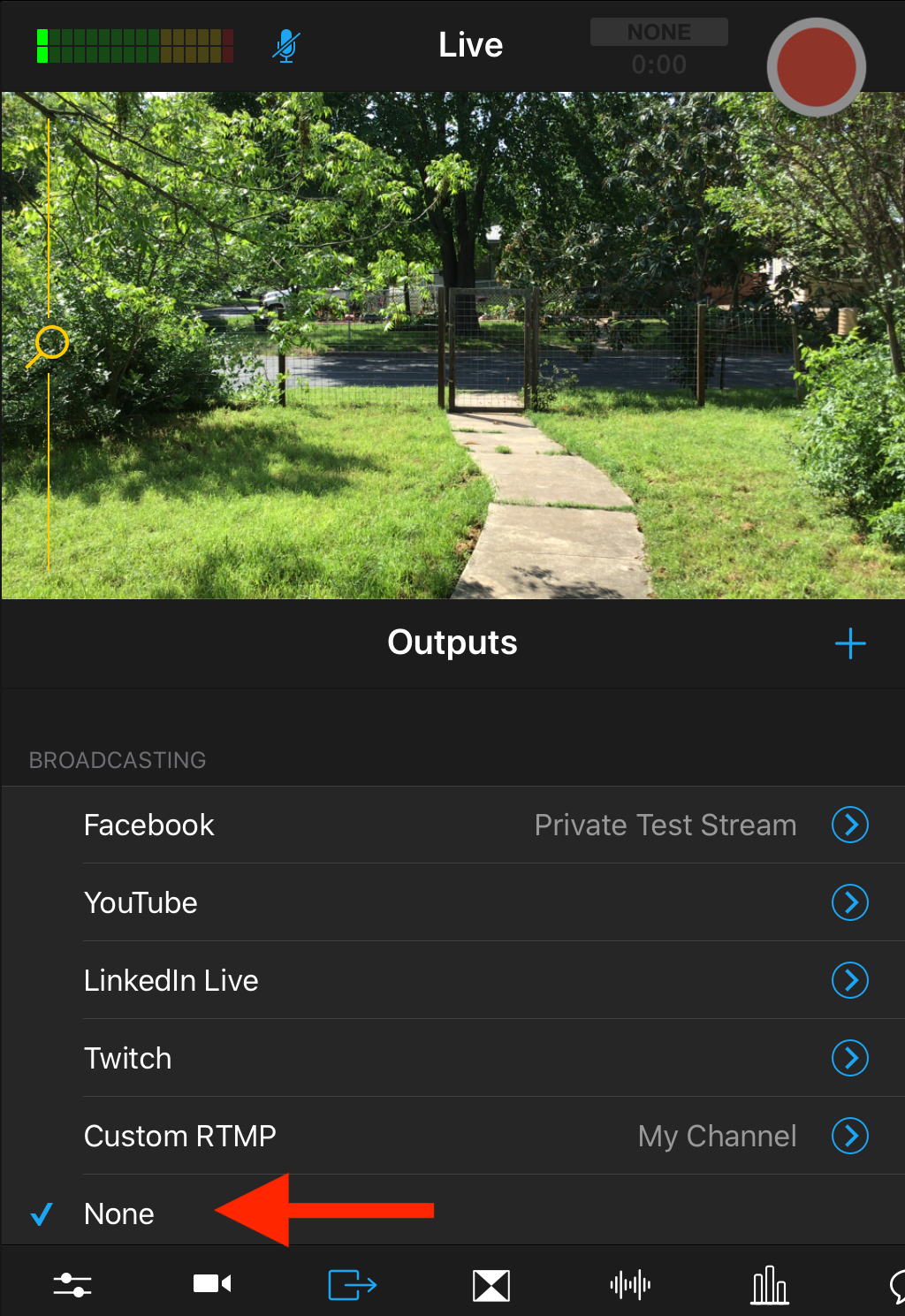 Exporting a Video from Switcher Studio

Uploading your video and setting it up using Facebook Premiere is a process you will do entirely through Facebook. When you upload your video from a Page, you'll have the option under Publishing Options to select the Premiere feature and set the date/time of the broadcast. This article from Facebook provides step-by-step instructions: https://www.facebook.com/help/publisher/580544922399103

Note: We recommend uploading and scheduling a Premiere well in advance of the broadcast start time. At a minimum, Facebook requires that Premieres are scheduled at least 10 minutes in advance. 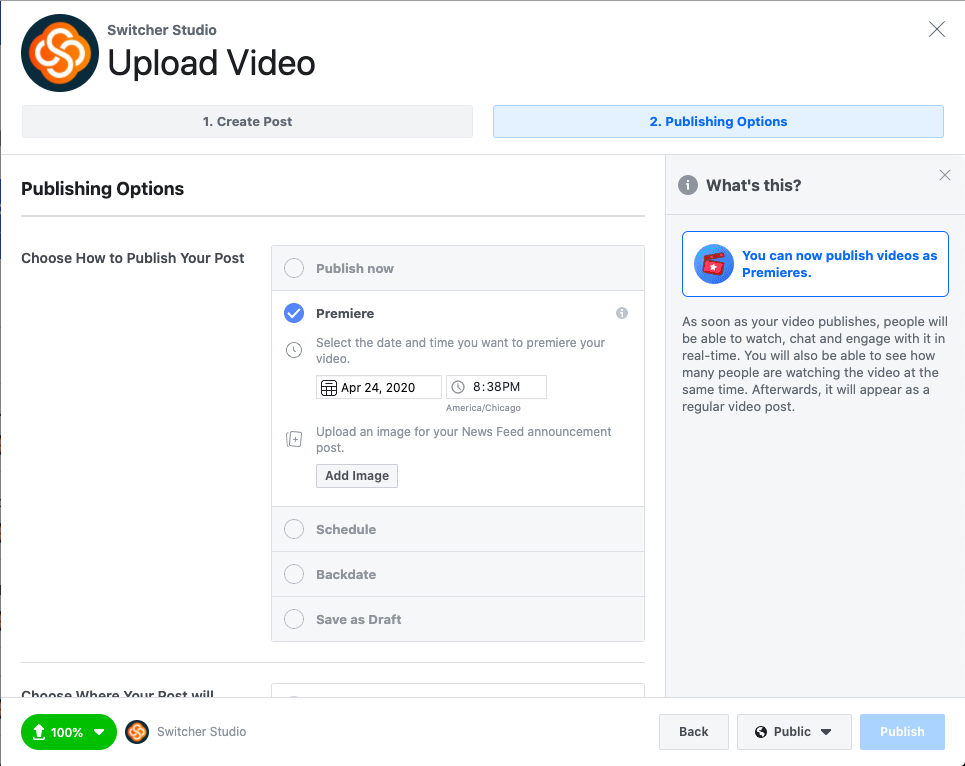