How to combine multiple cameras, sources, and assets into a single view

Using a Multiview asset allows you to combine multiple sources into a single view, including: 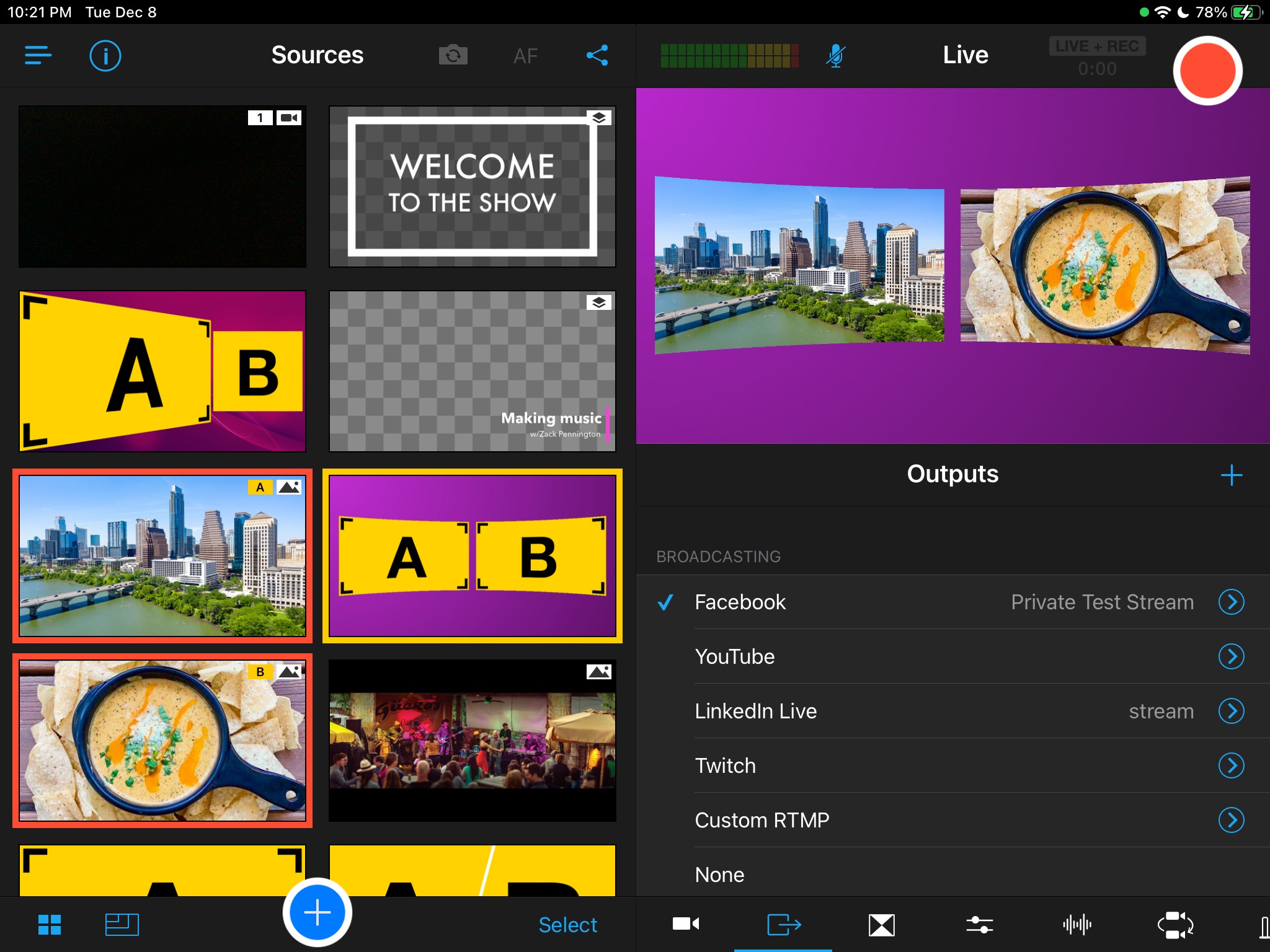 You can also add overlays to Multiviews.

Creating a Multiview to Use in your Production

In order to use a Multiview template, you'll need to customize a template and add it to the Sources/Production panel. Here is the process:

Once you have added a Multiview template to the Sources/Production panel, it will be available for all your productions, unless you delete it.

The customization options will vary depending on the template you select. Here are the available properties:

If you have already crated a Multiview asset, and it's in your Sources/Production panel, you can easily edit it as follows: 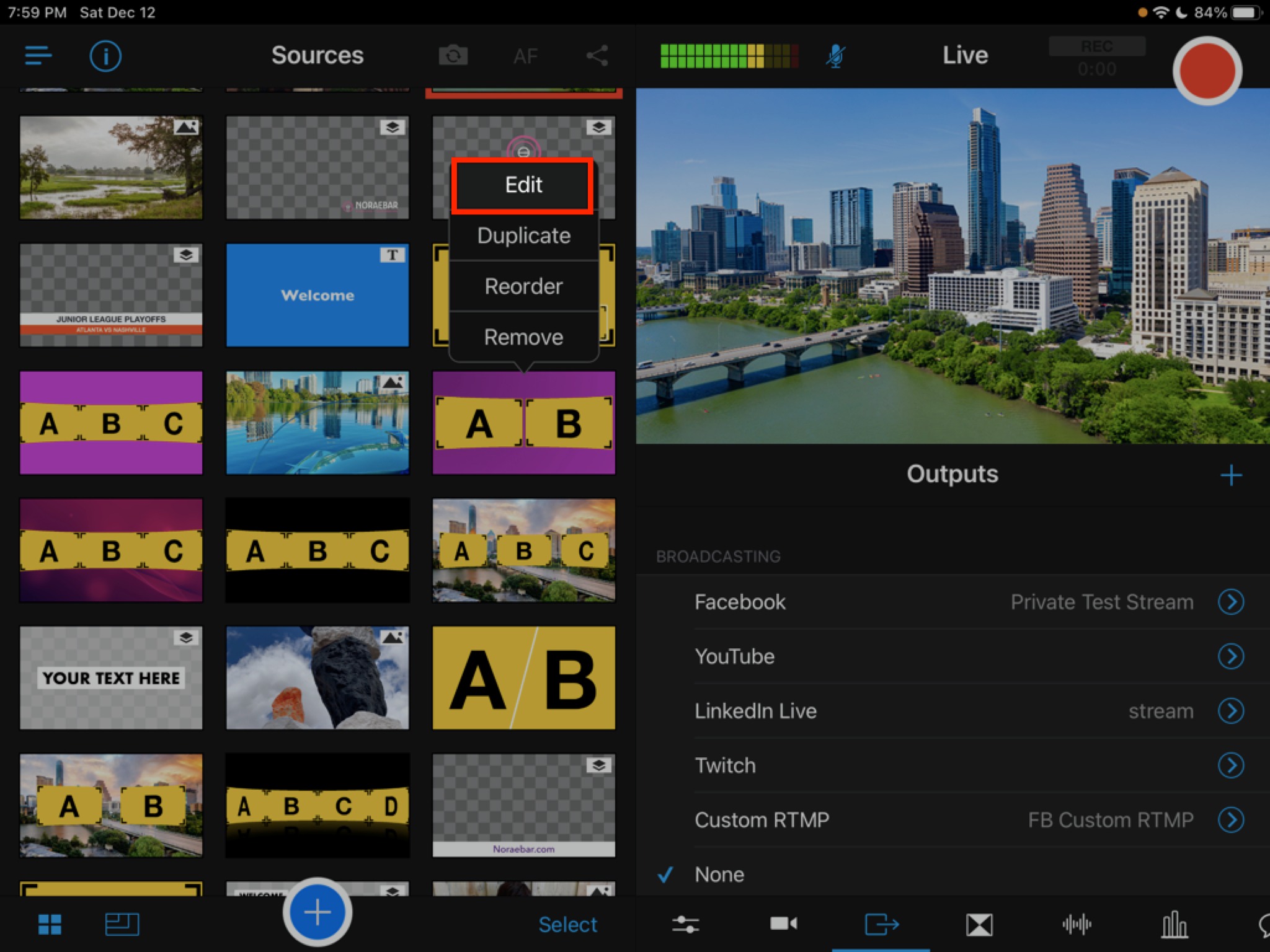 Using a Multiview during your Production

Selecting a Multiview and its sources

The template that you're using will have a yellow box around it in the Sources/Production panel. The cameras/assets being used will show a yellow letter in the top right, indicating which source they are (A, B, C, etc.).

Replacing part of a Multiview

To replace a single Multiview source while it's live:

To remove a Multiview, you'll need to switch to a camera source, a shared screen, or a full-screen asset.

Switching to an asset/source being used in the Multiview:

Switching to an asset/source not being used in the Multiview:

Using a Multiview with the Preview Window

Selecting a Multiview and its sources while using Preview

The sources/assets being shown in the Live window will have a red box around them.

Removing a Multiview while using Preview

Remember if you have any overlays on the Live window, they will remain in the shot until you tap the asset to remove it.

Currently, you can only use up to two pre-recorded Video Assets as part of all Multiview Assets.