How to import and use pre-recorded Video assets

You can import pre-recorded videos into Switcher Studio to use in your production. Good use cases for using pre-recorded video include show opener, prerecorded testimonials/interviews, highlights/clips, b-roll, etc. There are several ways to import videos, including:

If your video is in Google Drive or Dropbox, you'll want to follow the instructions specifically for those platforms, which are linked above. If you're importing your video using one of the other methods, the steps vary slightly, but the process is generally the same.

Once you've selected the video you want to import, you will see a Video Properties modal window that allows you to adjust the following settings:

When you are satisfied with your video's settings, tap Done in the top-right corner of the Video Properties window. Your video will appear in your Sources / Production panel.

Playing a Video during your Production

When you play a video asset during your production, you will not hear the audio from the switcher. That's by design, to prevent audio feedback. If audio were to play on the switcher, the built-in mic would pick it up and then re-broadcast it.

Even though you can't hear the audio from the switcher, your stream or recording will include the audio, so your audience will hear it. The VU meter in the switcher will confirm that audio is playing. If you want to monitor the audio, you will need to use headphones.

By default, your switcher device's mic is on. If you want to disable the mic while the video is playing, tap the mute button next to the VU meter. When you have muted the audio, there is a blue box around the microphone icon, as shown below. 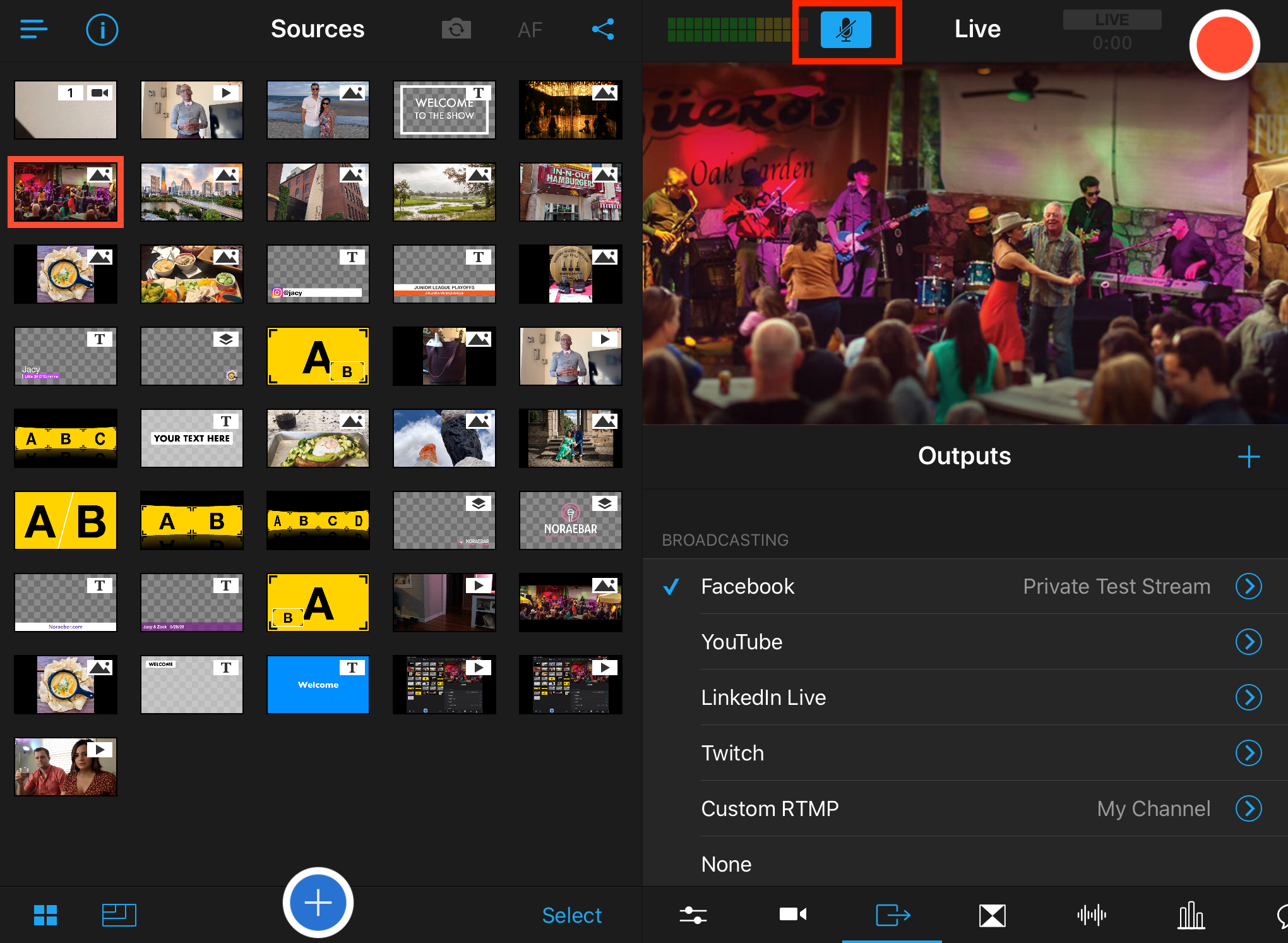 Turning on the mute button does not mute your video, only any incoming audio connected to your primary device. If you need to provide commentary or talk over your video you should not mute the device's microphone.