Highlighting an audience comment on screen during your broadcast

A large part of interacting with your live audience is responding to their comments. Switcher Studio lets you take this interaction to the next level with the Displaying Facebook Comments feature, which allows you to highlight comments from your audience on your livestream. Currently, this feature is available on the Standard and Plus subscription plans.

If you don't want to display a comment immediately you can tap the star beside it to make it a favorite and easily find it when you are ready to feature it. 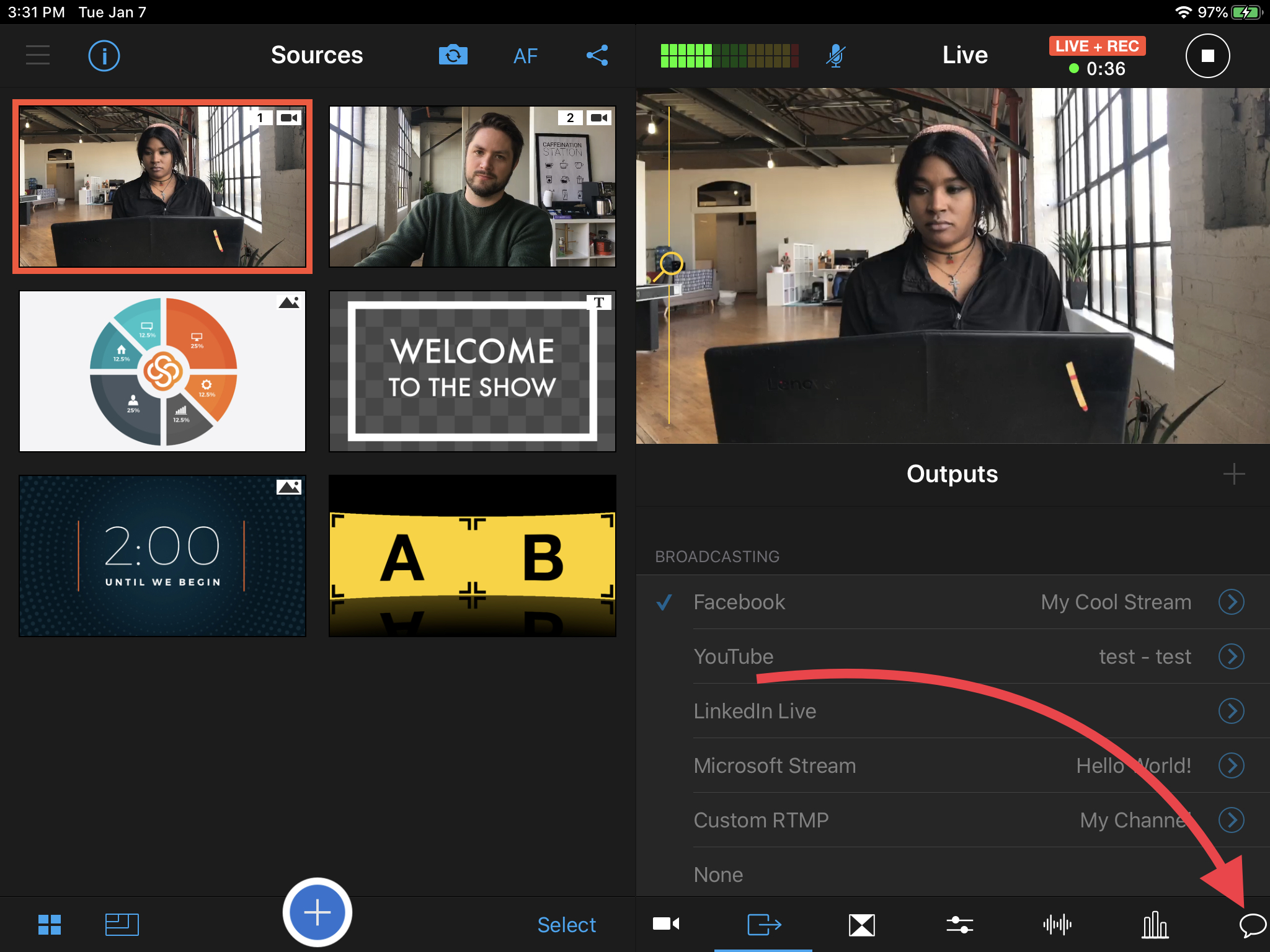 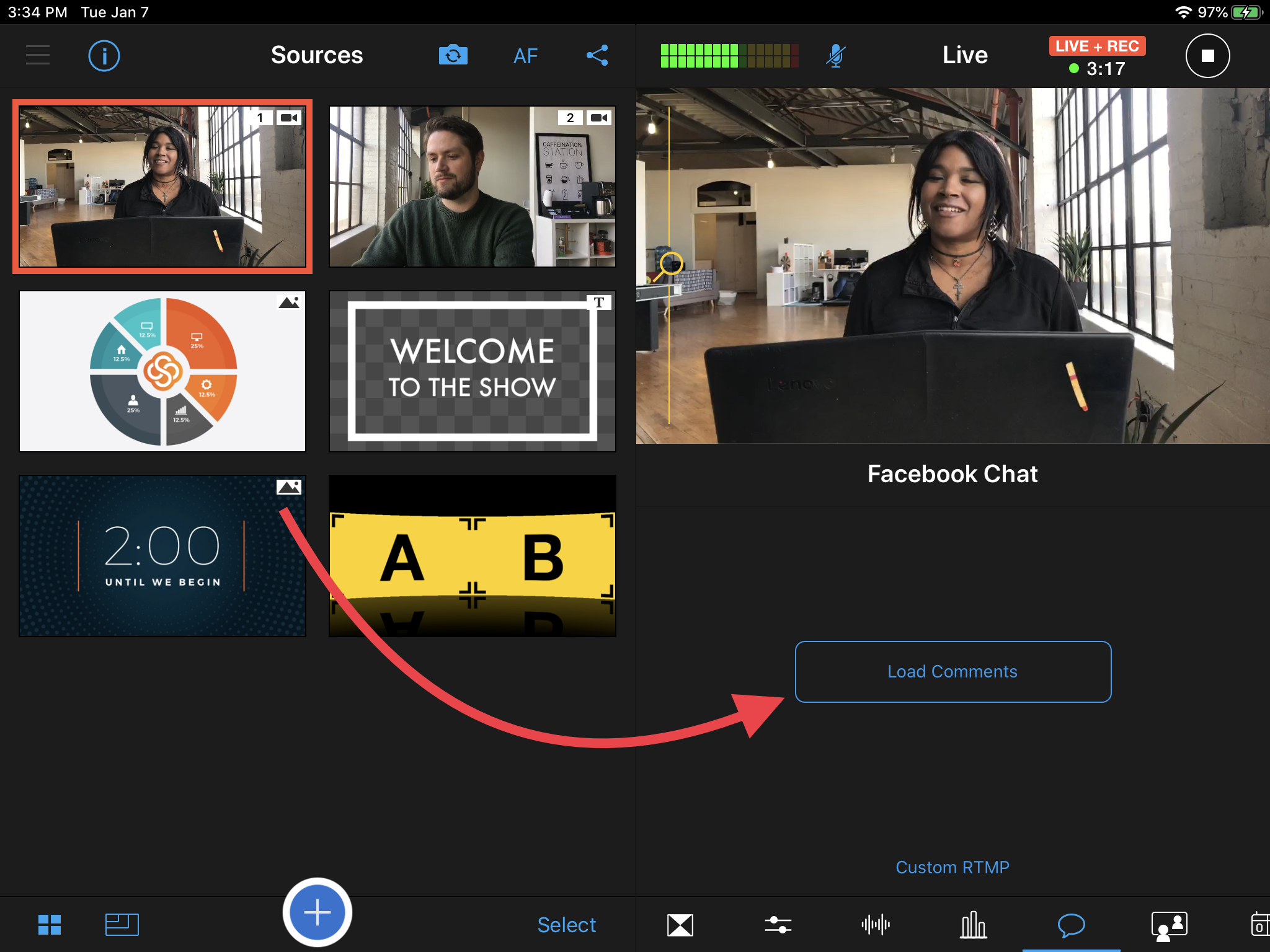 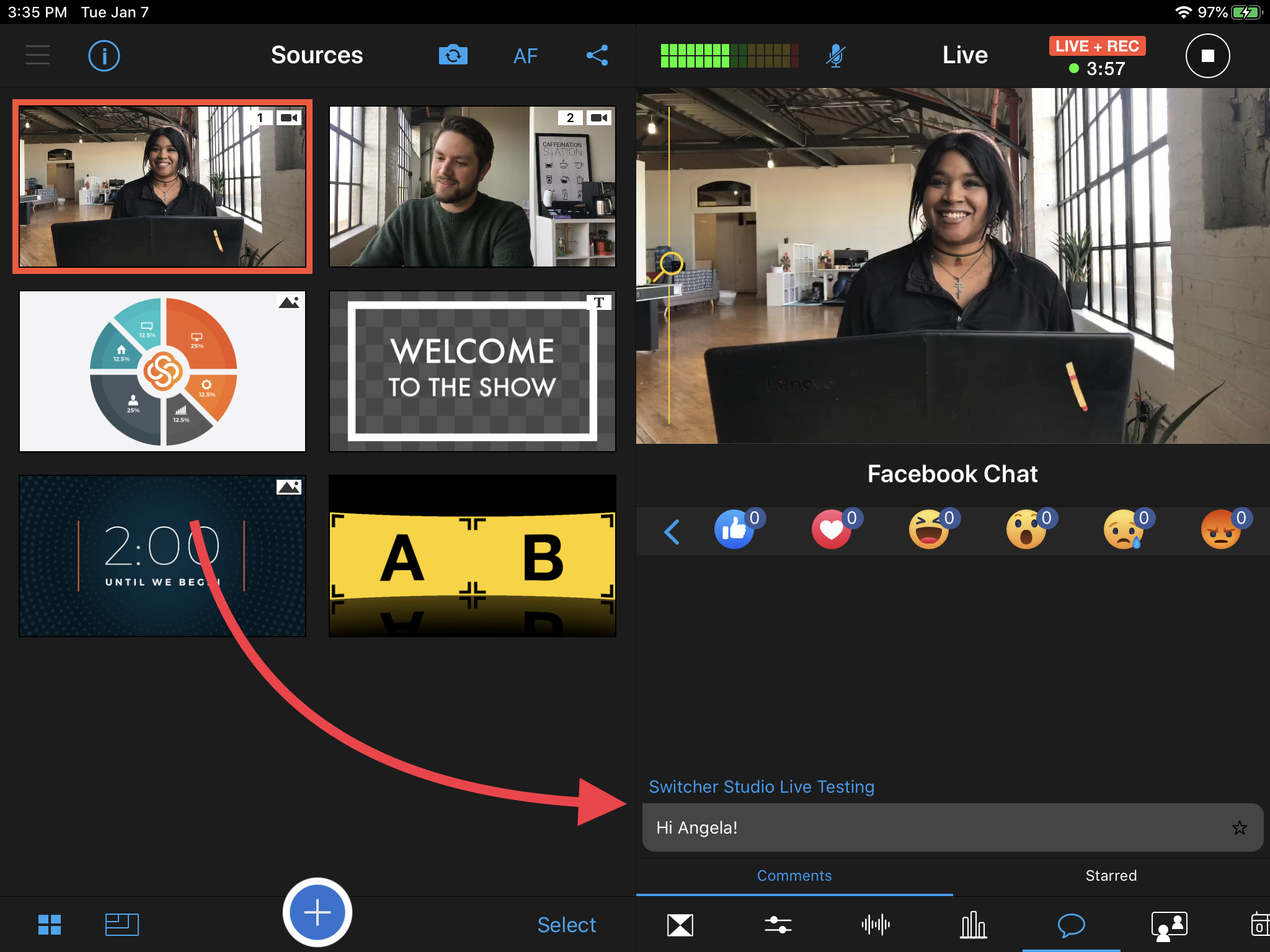